Britain Exited: Initial observations from a London adman in Copenhagen

Britain Exited: Initial observations from a London adman in Copenhagen 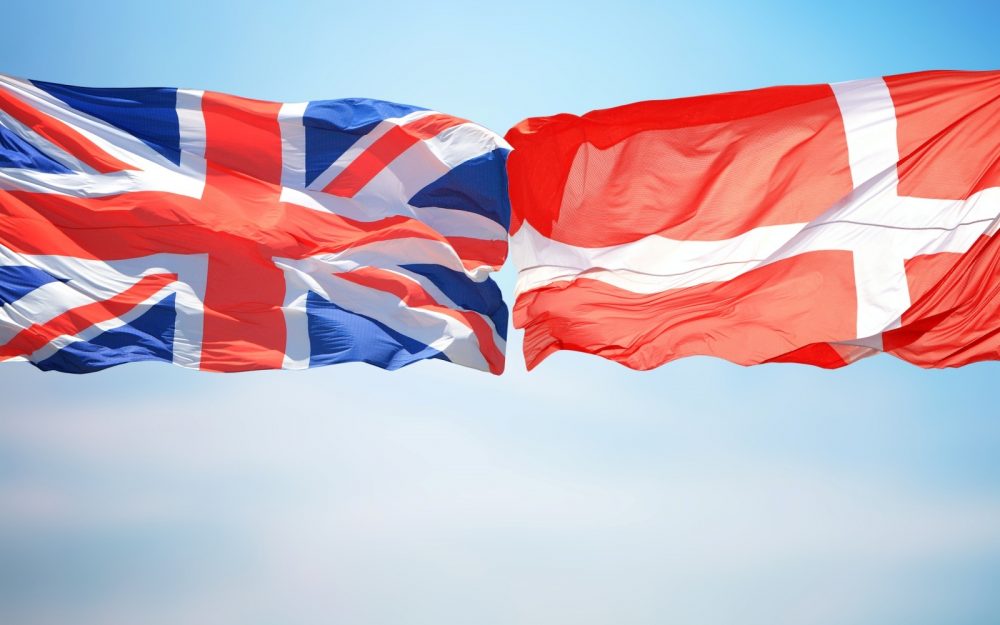 Some personal stuff before I get into my observations:

Me, my wife and twin girls touched down in Copenhagen from London in December 2020, with no return planned.

We were always planning to move to Copenhagen at some point as my wife is from here, Brexit however became a very tangible deadline to work to.

To begin with and as I was used to both COVID and new-born baby lockdown, I worked as an independent from home. But as part of inserting myself back into society I started to interview in Copenhagen adland and have now been working with real life people in a baby free office since February 2022.

Here are some of my adland observations along the way, from London to Copenhagen:

1) The Copenhagen strategist appears to take a different form
As a person that labels themselves a ‘strategist’ you are spoilt by the commonality of the role in London.

Just search ‘strategy’ in London adland LinkedIn and you’ll see that word all over the place.

These strategy people are very different shapes to each other. But in London they are easier to spot than in Copenhagen, where people don’t really seem to call themselves strategists. Maybe there is a bit of Jante’s Law going on in Copenhagen or that in London there is just a lot more cultural capital around the strategist title. Whatever it is, as an outsider it makes it a real pain to map out the land.

I guess in a smaller market there is just less division between different roles and less pure play strategists as a result. However, there could be an opportunity to learn more from the craft and the alchemy among each other as a result. In London the sheer number of strategists can lead to a groupthink mentality where everyone celebrates how smart they think each other is. Perhaps this in part is what leads to every agency in London having the same vernacular of data driven, creatively inspired. And there being less and less that divides the way each ad agency and consultancy for that matter thinks. Most strategists could work across most of adland and consultancyland, which is positive from a job’s available perspective but negative from a diversity of thought perspective.

I feel from my brief experience roles and the market in Denmark is evolving in a similar way to London. I guess it will just form some different shapes depending on agency size and speciality. I hope to see the demand for pure play strategy grow over time from a selfish viewpoint and not just in consultancyland that does seem to have a lot of pure play strategists already in Copenhagen. But I would really like to develop my understanding around this further.

I ended up lucking out when it came to overcoming this challenge to be honest. As a HR head I knew from London introduced me to her global agency group and that ended up leading to a Nordic CEO that used to be an integrated strategist like me in the US. So, with him I didn’t really need to overcome as much local market stuff.

Something that was valuable in London was communities like the Account Planning Group that brought together lots of different thinkers. I think a strategy community like this could be interesting to explore in Copenhagen. But that might just be something helpful for me, so it would be interesting to see what others thought about that. To start to get together lots of the different strategy shapes that are interested in the strategy craft. In London the events were mostly full of people with strategy in their job title, I don’t think that would be the case in Copenhagen and that could make it interesting.

I’m up for putting a tester event together with some interesting speakers to chat about their strategic POV and get feedback on exactly what people would want to get from this type of community i.e. meet different problem solves, uncover new approaches, get access to training, get inspired by speakers etc…

2) Regional Copenhagen agencies don’t seem to look internationally
As a non-danish Copenhagen native a significant portion of Copenhagen adland feels off-limits for me. Even though I spoke to a couple of the more local shops there’s clearly not that much need for someone with my profile that’s only got a basic cultural understanding of Denmark.

A significant proportion of regional agencies seem to be doing well in the local environment, with some global accolades, but not with many non-danish/Nordic clients – therefore the need for global talent doesn’t seem to be very high. In a way I love that about Copenhagen. I really don’t feel Copenhagen wants or needs global profiles at the foundations as they can keep going strong independently. Danes are very smart, have taken what they need from their own global experiences and formed their own self-sustained ecosystem – in that sense it is essentially the opposite of super cities like London that rely on attracting as many global profiles as possible to deliver business as usual, let alone what they then need for growth.

With some of the regional agency shops I questioned, ‘why don’t you think Copenhagen adland is on par with places like Amsterdam for attracting global talent?’. The answer wasn’t met with that is what we are aiming for. It was more a confident statement of we have just as deep a creative culture. That is as successful. Again, it is that feeling you get as an international non-Danish profile whether intended or not that as Danes, they can do it on their own. Without wanting or at least proactively aiming to be more of a global hub like Amsterdam or Berlin.

I didn’t overcome this challenge either. Although there are some interesting regional shops, I don’t think there’s much of a demand outside the region. At least from a strategic recruitment perspective. When it comes to creative execution talent that hopefully is a bit different. I really would like to see more global profiles and clients coming to Copenhagen, that would otherwise go to Amsterdam or Berlin. Ironically with Brexit now fully activated, perhaps there will be more movement to other parts of EU, and it would be good to see previous London movers check out Copenhagen instead. If Copenhagen adland wants that…

3) Researching Copenhagen adland from the outside is an impenetrable black box
It goes without saying that Copenhagen adland is smaller than London, but there don’t seem to be any adland recruiters around, at least I couldn’t find any and Googling doesn’t find a lot of internationally minded agencies that I later found do exist. Also, as a fair few of Copenhagen adland employees don’t register themselves under a Copenhagen specific office, it’s hard to use LinkedIn to get a true impression of Copenhagen adland size. For example, the agency I work at looks half the size it is according to LinkedIn. Again, I think there could be a bit of Jante’s Law going on here where Copenhagen adland is less inclined to shout out how awesome they are.

This is where I feel the biggest gap is from the likes of London, Amsterdam, and Berlin. That will happily shout out how good they think they are. You can find agencies much easier from random Googling, across LinkedIn and their far more developed adland/ marketing recruitment industry. A lot of London recruiters now have Amsterdam and Berlin satellite offices. As they are clearly seeing the trend for talent away from super cities.

Again. I didn’t crack the smaller Copenhagen adland playing field personally as I found my way in through a London HR contact. This comes back to the above two points where you find it hard to feel welcome as non-Danish international talent and to slot into predefined Copenhagen adland talent shapes. This is something I am interested in trying to understand better, specifically across the strategy community. As I believe Copenhagen has a lot to offer. With interesting challenges across the Nordics, globally and offering a people centric environment that I’m hoping will help me do some of my best work. I specifically think international talent has a lot to offer to the future shape Copenhagen adland takes. The consultancy market seems to be very strong in Copenhagen and is much easier to research in comparison so there’s no reason Copenhagen adland shouldn’t be more like that, especially as like in London consultancyland is crossing over into the ad space more and more. A lot of people reading this may not like that fact.

If we have hit any generation where you no longer need an expensive Soho W1 office postcode to attract global clients, I think we are in it and talent is looking for the best environments to do their best work. I think Copenhagen adland can top that list. But there does need to be changes to become more proactively visible and open to international talent. That is if Copenhagen adland wants that…

In conclusion – Obviously, I appreciate these observations aren’t based on rigorous research and I haven’t attempted to do that in this piece. They are subjective to my initial experiences. It would be very interesting to see how more knowledgeable Copenhagen adland talent and other international talent is aligned with my experiences, or not.

I would like to return to a moment of reflection in the future with more data, other people’s observations and see how things have or have not changed. But I really do love Copenhagen and the Danish culture is truly something special. I only want to see Copenhagen adland grow in strength globally. Even if a lot of Danes may not actively want that. I don’t see why it can’t be a global hub like Amsterdam or Berlin, albeit in a smaller country.

I would love to add to the Copenhagen strategy conversation given I have managed to slip in. With the goal to bring together a community of diverse thinkers and approaches to the strategy craft. This could be a community that looks something like the APG in Copenhagen. If you would like to attend or actively get involved. See this as your invite to reach out to me at copenstrategy@gmail.com or you may be seeing me sliding into your LinkedIn DMs first!

This website uses cookies to improve your experience while you navigate through the website. Out of these, the cookies that are categorized as necessary are stored on your browser as they are essential for the working of basic functionalities of the website. We also use third-party cookies that help us analyze and understand how you use this website. These cookies will be stored in your browser only with your consent. You also have the option to opt-out of these cookies. But opting out of some of these cookies may affect your browsing experience.
Necessary Altid aktiveret
Necessary cookies are absolutely essential for the website to function properly. This category only includes cookies that ensures basic functionalities and security features of the website. These cookies do not store any personal information.
Non-necessary
Any cookies that may not be particularly necessary for the website to function and is used specifically to collect user personal data via analytics, ads, other embedded contents are termed as non-necessary cookies. It is mandatory to procure user consent prior to running these cookies on your website.
GEM & ACCEPTÈR
En del af Creative Club